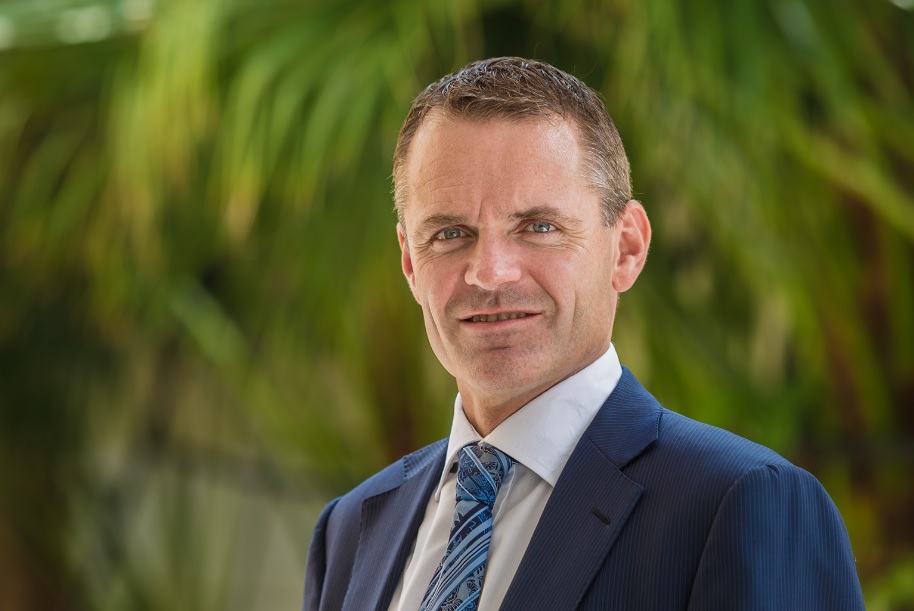 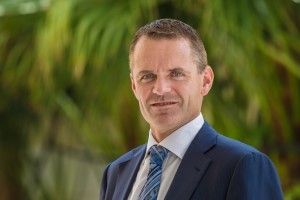 I am a political science major and graduated in 1997 with a specialization in international relations. I have been in the Foreign Services for the last 16 years. I was posted in Turkey for three years, then in the United States, as head of the political section in Washington DC, and in Afghanistan as the Deputy Ambassador. Finally, on August 1, 2013, I arrived in Pakistan, serving as an Ambassador for the first time in my career.

How has your experience been in Pakistan?

I have been welcomed with great warmth in Pakistan. The hospitality is highly appreciable and the cuisine is really good. I have always believed that Pakistan is an important country located in an important region. Every event in Pakistan has consequences that ripple not only across the country itself, but also affect South Asia as well as Europe. I see her as a country with many challenges but even greater opportunities. We aim to amplify and highlight those opportunities by playing our role in bringing about a constructive change in Pakistan.

What do you think of Pakistan’s economy?

In my opinion, the greatest challenge that faces Pakistan’s economy is the ongoing energy crisis. Subsequently, there are a number of issues originating from the energy sector which need to be resolved.  A country with population growth at 1,6 percent has the potential to sustain an economic growth of much higher than the current 3 percent.

The removal of the subsidies from the energy sector can greatly help improve the position of Pakistan’s economy. Although such a decision may not be popular in the short run, the fact remains that the State cannot afford to pay these subsides. Moreover, a widening of the tax base is crucial to the Pakistani economy, as only a small proportion of the population pays income taxes. By widening the tax base, the State will have funds to inject into the education and health sectors hence securing the future generations of the country. Finally, I fully support the Government’s determination to fight corruption.

Please shed some light on the trade relationship between Pakistan and Denmark?

Our ties with Pakistan have strengthened over the last couple of years. Initially we had a small embassy in Islamabad which dealt mainly with VISA and other country affairs. Now, however, our engagement is much deeper. Since 2010,  we have had a development assistance program. We recently launched our new program worth $50 million which focuses on education and conflict affected areas. We also provide support and assistance to various civil society organizations for promoting gender equality and other human rights’ issues. Pakistan is also part of our regional stabilization program, and we have become much more active in Public Diplomacy. Social media has become an important vehicle in our outreach. Finally, we are now much more actively engaged in promoting economic ties with Pakistan by encouraging Danish companies to invest here.

How many Pakistanis are currently residing in Denmark?

Approximately 25000 Pakistanis live in Denmark. This is a fairly significant number because the total population of the country is merely 5.6 million. Pakistanis are the second largest non-European minority living in Denmark after the Turks.

What business opportunities do you see in Pakistan?

Pakistan faces a number of challenges but in my opinion, every challenge has a business opportunity. Pakistan suffers due to severe energy shortage. Here, Danish companies are excellent in the production of renewable energy such as wind energy. In fact, Denmark is one of the largest wind energy producers in the world.

In the next 30 years, the population is expected to grow 50 percent, which means that the country is on the verge of plummeting into a severe water crisis. Therefore efficient distribution and consumption of water is a dire need of the time. Danish companies have expertise in water pumps and purification.

Our pharmaceutical companies can help fight Diabetes, which is a commonly prevalent disease in Pakistan, by producing medicines such as insulin.

A number of developmental infrastructure projects have been initiated recently in the country, especially in the Punjab region. Machines that can be used by the construction industry are being manufactured by Danish companies. In the cement field, for instance, Danish companies have been collaborating with Pakistani partners for years.

As previously highlighted, there are numerous potential trading opportunities between the two countries. Pakistan has abundant resources and we have advanced technology. If we could combine these, we would create a win-win situation for both the nations.

How do you prioritize different sectors of Pakistan which need to be catered? Do you think preference should be give to the education sector over agriculture and other business sectors? What is the Danish government’s role in developmental expenditure?

There should definitely be more investment in education because that is the backbone of the country however at the same time, agriculture and other sectors also require attention. Less than 2 percent of Pakistan’s GDP is allocated to education and research. I fully support the Government’s intention of raising this level to 4 percent over the next 4 years. This is a good first step. Any technological advancement is going to take years, as it did in Denmark. Moreover, just theoretically speaking, if one brought the entire technology of Denmark to Pakistan today, there would be millions of people who would become unemployed. Every sector in Pakistan requires a transformation. For example, the mechanization of the agriculture sector will reduce the number of people working in fields which will lead to higher productivity. Milk wastage in Pakistan is very high as there are no proper cooling and storage systems.

We have started a dialogue with Danish companies, where we encourage them to explore the possibilities and opportunities of investing in Pakistan. There may be joint ventures or export agreements. Our role as facilitators is to create a bridge between the Danish and Pakistani companies.

What has been the response of the Danish companies?

We are approaching the Danish companies very systematically and cautiously. I admit that we may not be able to attract many companies to Pakistan initially because of the law and order situation, which is a concern. However, there are some companies in the renewable energy industry, wind energy to be specific, who have shown noticeable interest. We also see some interest in the agriculture sector of Pakistan. They may not be willing to invest hefty amounts in the beginning, but at the very least, they will be able to increase the number of related products which can be sold in Pakistan. This would be a good beginning with more to come in the future.

What are the major Danish companies working in Pakistan?

One of the largest Danish companies operating in Karachi is Maersk Shipping. Novo Nordisk is another prominent name in Pakistan’s pharmaceutical industry. In the construction industry, we have several companies providing special machinery for infrastructural projects in Pakistan. There are also a few Danish companies in the dairy sector. One other company is engaged in football manufacturing with their Pakistani partner in Sialkot.

It is my impression that most Danish companies are quite satisfied with their businesses in Pakistan.

What is your opinion of Pakistan’s corporate sector?

The economic system is relatively open and transparent. The ease of doing business, such as opening an outlet, setting up a firm, or making an investment, can be compared to the situation in many European countries.

Are there any Pakistani companies working in Denmark?

To my knowledge, there are no Pakistani companies currently operating in Denmark. Unfortunately. Denmark provides a very friendly environment to carry out business activities. It has a very transparent market system which is why a number of renowned multinationals, such as IBM and Microsoft, have invested there. However, in order to work in Denmark, one needs to have advance technological expertise.

Pakistan is fairly rich in resources which make it highly profitable to work here just by bringing in technology. The most suitable option for Pakistani businessmen is to seek Danish partners in the textile, agriculture, dairy and energy sectors.

Where do you see the economic ties of Pakistan with Denmark in the coming years?

It is my ambition that Danish exports to Pakistan should increase by 40 percent over the next three years.

As a country, Pakistan’s decisions and actions play a key role in the stability and security of the entire region. We support a Pakistan that moves towards a positive and constructive direction domestically. The way it deals with its internal issues greatly affects the foreign policy. I am confident that Denmark and Pakistan are looking to work even together in the coming years, also despite the fact that we may not agree on everything.

I fully support the Prime Minister’s ambitions with regards to India. Establishing even closer economic ties with India could be a game-changer for Pakistan’s economy. With Denmark’s tiny population of 5.6 million, Danish exports to our neighbor, Germany, is still 5 times higher, than the combined trade between Pakistan and India – and here, the populations of Pakistan and India are 200 million and 1.2 billion respectively.  If Pakistan and India decide to initiate free trade, there could be a boost in the economic growths of both countries which will be beneficial for the entire region.