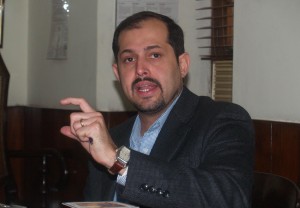 Mr. Isphanyar Bhandara, Chief Executive of Murree Brewery and the new elected MNA from PML (N) to represent minorities, speaks about the government policies for industries and business conditions in Beverage Industry of Pakistan.

Present Situation of Business in Pakistan and Future Prospects

PML(N) is a trade oriented party which has always been interested in promoting business. The main aim

of PPP was to create a gap between the industrialists and their employees. They tell the workers to fight for their rights, make labor unions and participate in strikes because industrialists are not giving their due rights. This is how PPP government brain washes the poor labor class to gain their votes. PPP adopted a policy by which not only the labor class went against the industrialists but also provinces clashed with each other. On the other hand, judging from history, PML(N)’s policy has always favored trade opportunities. All industry revolutions like motorway networks, irrigation system, open sky policies etc. have been initiated by our government.
The current government is trying to acquire large reserves of foreign investment as soon as possible.

The best solution starts with a business friendly policy and environment. Solving the energy problem should be the top priority for the government because without energy there is no business. We need to put in more effort to generate energy. Once we have energy resources, then businesses can grow and with that terrorism can be controlled to some extent as unemployed people will be given proper jobs. We need to fight the war against terrorism and bring peace to our borders. When you are economically weak countries like India, Afghanistan, U.S. will see you differently and will try to interfere in internal matters.

Also, media is not playing its role properly. They should highlight all kinds of news but not exaggerate the negative news which only helps in portraying the negative image of Pakistan. This badly affects the businesses. There should be a check and balance for media as well.

Opinion on Democracy and Dictatorship

Where there are negative implications of dictatorship, there are also some positive aspects. To understand this lets consider a simple example, if you are running a company and take your decision by asking every employee, it can never run smoothly. The person sitting on top has to take decisions himself and then stand by his decisions. Only then an organization becomes profitable. Similarly, economies usually grow aggressively during dictatorships. On the other hand in democracy, you have to consult with everyone to take a decision even those who are not capable to advise and that is why progress is slow in democratic countries. There used to be no strikes, trade unions or stay orders on government decisions during Musharaf’s era. A great thing about democracy is that one person cannot dictate terms according to his own will. If a government takes a decision, it can be challenged in the parliament if majority of the people are against it. So eventually it’s the Democracy which is a better system.

Support of the Business Community

Firstly, the government should consult the (beverage) industry while policy making so that the industry can have confidence in government decisions. Secondly, there is no coordination among beverage companies in Pakistan. Government wants to impose capacity tax on the beverage industry, which is dangerous for all the players except the market leaders. Since there is no coordination among government and beverage players, all local brands are going to suffer from this step and multinationals will benefit from this. According to this tax policy, the company has to pay a fix amount of tax on a fix number of sales. If you cross that number of sales, you will be fortunate because you don’t have to pay tax on the additional sales figures. If you are unable to sell according to that number, you will have to bear the loss. Multinationals know that their figures will cross those numbers, but local companies know that their sales will fluctuate. This gives a clear example that government doesn’t consult with all industry players while making a policy. So my opinion is that to have a healthy competition in the business, a level playing field should be provided.