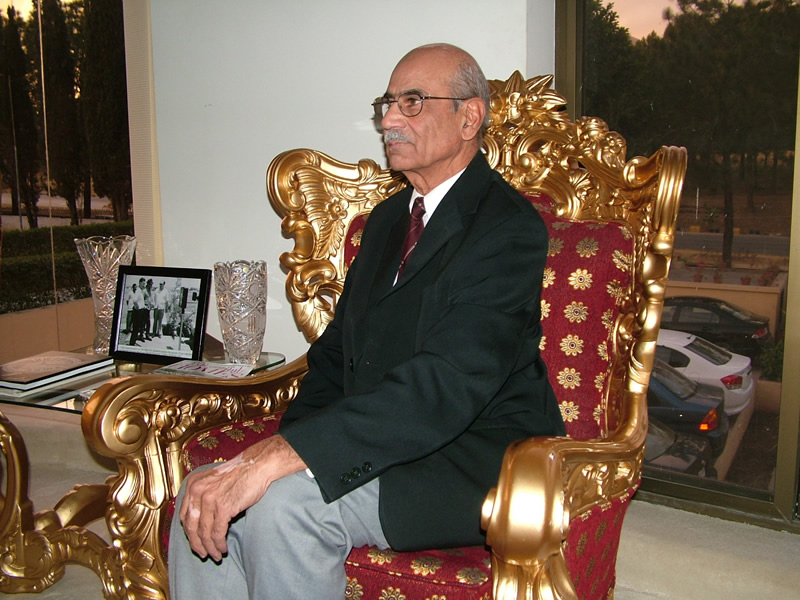 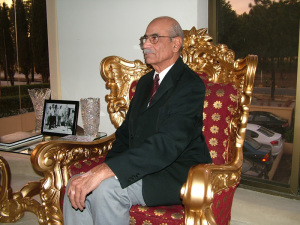 I did my masters (M.Sc.) in Geology from Punjab University in 1960. After one year of graduation I was sent for higher studies to England and did my Ph.D. from London in mineralogy and economic geology. After coming back to Pakistan, I taught in the Geology Department for 9 years in Punjab University till 1973. In the same year I went to Africa to work with the copper mining industry in Zambia, that also has one of the largest emerald gemstone fields in the world. I worked there for 25 years in progressively more important positions from a junior Process Mineralogist to the highest geological position in the billion dollar mining/metallurgical complex. I retired from that company in 1998. I spent a few years as an independent geological consultant in Canada. I returned to Pakistan in 2005 and  Shahzad International appointed me in 2006 as Vice President Mineral Exploration. Here I laid the foundations of a mining company and was appointed as the first Chief Operating Officer of that subsidiary company by the name of Global Mining Company (Private) Limited.

Initially the company had four licenses for exploration of mineral properties in Northern Areas, now known as Gilgit-Baltistan. We had two licenses for gold exploration, one license for aquamarine gemstone exploration inShigarValleynear Skardu and one for ruby exploration in Hunza. GMC now has two Field offices established in Gilgit-Baltistan, one in Altit village, Hunza and another in Skardu. A gem cutting and polishing workshop was also established at GMC Field HQ in Hunza. Resource estimation continues on all these properties and the copper prospect at Shagari Bala is poised for pilot scale production in 2010. This will be the first operating mine for copper production in Gilgit-Baltistan.

Gemstones basically have 4 characteristics; they are rare stones, have pleasing colors and are lustrous and generally hard. There are 2 main categories of gemstones: precious and semi-precious. The precious gemstones include diamond, emerald and  ruby. The highest quality precious stones may fetch tens of thousands of rupees per carat. (One gram equals 5 carats) Semi precious stones are more abundant in nature. A great variety of stones can be used as semi precious gemstones that may fetch tens to hundreds of Rupees per carat.. Gems are generally used in pieces of jewelry and ornaments for personal decoration. Some natural groups of minerals may be used as home and office decoration pieces or may be displayed in museums as natural wonders.

The Gemstone Industry in Pakistan is in a relatively initial stage, as compared to some other countries, for example Sri Lanka, Burma,South Africa,India and Brazil.  Previously, there was little mining of gemstones; now one of the world’s finest gemstone (semi-precious) fields have been discovered in the northern mountains of Pakistan. The IndusValley, between Skardu and Gilgit, ShigarValley northwest of Skardu and Hunza-Nagar valleys are prime areas where gemstones are chiefly found. Mingora in Swat is very rich in high quality emeralds, Katlang near Mardan hosts very colorful, high quality topaz and Sapat area in Kohistan has gained a name for producing a green gemstone  called Peridot.

Presently, the gemstone industry is a relatively untapped business opportunity inPakistanto earn foreign exchange. The international suppliers of gemstones areSri Lanka,Braziland Burma.South Africais famous for diamonds. DeBeers, a world renowned diamond company has the monopoly in this industry. DeBeers even controls the diamond prices worldwide.Canadais also coming forward as a leading producer of diamonds. So far, the geological conditions in Pakistan have not been found favorable for formation of diamonds but fortunately Pakistan is blessed with some of the best emerald, ruby and an astonishingly large variety of semi-precious gemstones found anywhere in the world.

Companies Operating in the Gemstone Industry of Pakistan

GMC is one of the prime companies operating in the gemstone mining business in a systematic and scientific manner. We also believe in value addition before sale and this is why we have established a lapidary workshop to cut and polish gemstones before sale. Most of the work in the gemstone mining is done by private local miners. There are a number of local miners working in the area between Skardu and Gilgit, ShigarValley especially near the Dasso village, and in Indus Kohistan. These local miners are working without license or permits.  Their mining is primitive and has two major drawbacks; first they are using mining methods that destroy most of the gemstones by blasting, because the stones are very brittle (almost 90% of the gemstones are being destroyed), and second draw back is that they use few safety measures and inhale the dust during mining which is a cause of serious lung diseases in many of them. Most of their production is exported or smuggled and their business is conducted almost entirely outside the tax net.

The government gives license of a certain area, after payment of stipulated fees, for the extraction of the gemstones. We search for the gemstones and their formations in the mountains. After locating these, we do a survey by making a geological map of that area where a certain gemstone is present, and thereby try to understand the controls of mineralization. Then we take out pieces of gemstones from the prospective rocks at regular intervals, thus carrying out a systematic resource assessment over our entire area. Our work is done in several stages, namely:

Grading and its Procedure

Cut and polished gemstones are graded according to what is known in gem trade as “four C’s” (clarity, color, caratage and cut). In order to identify their quality and price, they are divided into several categories by trained and experienced graders. Rough gemstones, after coming from the mine, are laid down on grading tables and trained experts examine them through microscope and allocate them with a grade depending upon their clarity, color and size/weight. Grading is done manually by human eye (through microscope) as there is no substitute for that.

The other famous and economical way of selling gemstones is through the internet. Many companies sell their gemstones online to various parts of the world. The demand for gemstones inPakistanis high but the reason why traders are selling the gemstones to other countries is that the market segment ofPakistanis relatively low to medium income and therefore not very profitable. Very few local consumers are willing to buy a decoration piece worth thousands of rupees.

Potential in the Gemstone Industry

There is a huge potential for minerals production. Because of the vast reserves, there will be no shortage of gemstones inPakistanin the coming years. There is a huge untapped market in this industry.

This is not a capital intensive business. An investor can start a small mine from only Rs. 1 to 2 million. If one wants to enter into this business to identify and test the gemstone and its quality the Geoscience Laboratory of the government provides this service.

InPakistan, getting a license in this industry is difficult as some of the government officials try to extract money from the investors by applying delaying tactics. One of the biggest problems in mining of the gemstones are the obstacles caused by the local communities of these mountains. These communities are set to benefit most from the big investors but some of the community leaders look for personal gain instead of encouraging  mineral production and thereby to provide jobs for their communities. The government, local authorities and even NGOs are helpless in front of these communities living in remote and hard to administer mountainous areas.

To start a mine, an investor must establish relationships with the local communities and the provincial government. Basically an investor has to get two kinds of approvals to start a mining business or even to start exploration work; one from the government and the other from the land owner. If the communities refuse to deal with the investor in a fair manner, the poor investor is left to go from pillar to post with no court of appeal willing to assist him.

Fortunately, a few political leaders are far sighted enough and GMC is working with them and bringing to their constituencies the benefits of our investment. We need to educate our political leaders and administrators, who in turn must educate the local people, living near the mineralized areas  to cooperate with the investors in the gemstone and mineral industry inPakistan. Mineral exploitation, through the application of financial and technical resources of the investors, that are not available locally, is potentially the greatest resource for poverty alleviation and job creation for the communities, while earning huge foreign exchange for Gilgit-Baltistan andPakistan.

Future of the Gemstone Industry

As an investor, the challenges being faced are from the local authorities. New entrepreneurs might be reluctant to enter into the mining business due to this reason. Once the issue of ownership of minerals in the ground is resolved then there are chances that a number of investors will enter into this industry because of the huge potential. The government needs to play a significant role in this respect.

The Government should not be content with collecting license fees. They should proactively support production of minerals and collect royalties. The revenue potential of mineral royalties is so great in Gilgit-Baltistan that it can over shadow all other sources of Government revenue. It is a shocking statistic that in all its years of existence, the Northern Area Government is reported to have collected about Rs 3000 in mineral royalties!? Nothing could be a more severe indictment on the failure of Government and political leadership of Northern Areas, as regards their mineral policies. One hopes the newly elected Government of Gilgit-Baltistan can and will do better.