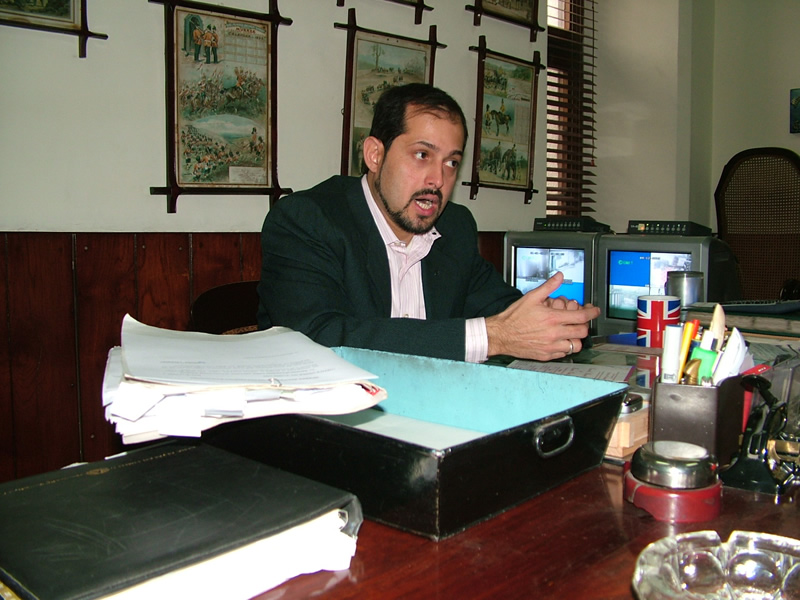 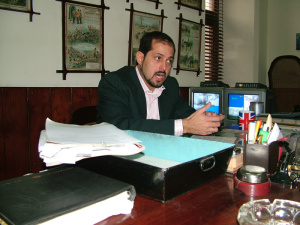 Mr. Isphanyar Bhandra is the CEO of Pakistan’s oldest industrial factory, Murree Brewery. He is an energetic visionary, a strong individual and has a great understanding of the business activities in Pakistan. In this exclusive chat with IBEX, he shares his knowledge of the beverage industry.

I did my MBA from School of Business and Commerce, Islamabad. I lived in Spain for a year but I missed my homeland and then decided to live and study in Pakistan.  I joined Murree Brewery in 1999.

Introduction and the Background of Murree Brewery

Murree Brewery was founded in Ghora Gali during the mid 19th century to fulfill the bear demand of the British troops and the general public in the Sub-Continent.  It was started in hilly areas of Murree because the bear manufacturing process required low temperature. Murree provided a natural low temperature. There were no other forms of refrigeration available. The brewery was shifted to Rawalpindi around 1885.

My late grandfather was one of the directors of the company. He took over the company in 1947 and bought majority of its shares. After his death, my late father who was 21 came fromEnglandto take over the brewery.

Currently, we have a group of 4 industrial facilities; 2 inRawalpindiand 2 in Hattar, which is about 60 kilometers fromRawalpindi. We also have a glass manufacturing unit in Hattar. In 1969, we established a brand under the name of TOPS producing juice boxes. We also produce empty beverage bottles even for our competitor beverages.  We have a work force of around 700 to 800 working in these different facilities.

Despite the recession, beverage industry is still escalating. It is a consumer market. This industry has nothing to do with the purchasing power of a consumer because even a poor man can easily afford a bottled drink.

Major problems faced by the Beverage Industry of Pakistan

The key problems industrialists are facing are the lack of utilities in Pakistan. There are times during the year when there is no gas to run the boilers. Similarly there is a shortage of electricity. All over the world, the priority of gas and electricity is given to the industry and then to the consumers but in Pakistan the situation is opposite. If the industries are closed down, it would adversely effect the consumer and a series social disasters will occur. We should at least get uninterrupted supply of electricity and gas as we have paid all ours dues on time. People like us who pay taxes and protect labor rights are not getting any benefits. I am in the same situation with others who own factories but don’t pay regular taxes and give meager wages to their employees.

Sales tax officers, custom officers and other government inspection officers should not create hindrance for us if we are already following government rules and regulations.

The government should create an environment where the employee and the employer do not take advantage of each other. The system of labor unions should be reviewed. We have had good relations with our employees (labor) during the last few years. Recently, due to some government policies, our labor is rising against us even though we give ample protection to labor rights. There should be a standard set of policies regarding the minimum wage rate. If the company is paying minimum wages, labor should not be allowed to form unions against the company. There should be strict policies against child labor. We do not hire children as workers.

There is also another problem of fake products in the market. For instance, our product BIGG APPLE is being produced in the market by another product known as Noor Apple. Unfortunately copyright and patent means nothing in our country.

The profit taking is done mostly at the distributor and at retail level. The industrialists have been hard hit by the government dues which has reduced our income. On the other hand a retailer or a distributor does not have a big factory setup, so he wont have to pay that much taxes and his overheads are very less, so his profit margins increased many times as compared to our margins. The market is so much competitive that all the profit margins have gone to distributors and that distributor makes the profit from shopkeepers. For example I was traveling on motorway once and I bought a juice from there, the shopkeeper was making profit of Rs. 20 on each bottle of juice; while I am not even making Rs. 2 a dozen. I am in the volume business, so to increase the profit I have to increase the volume. There is no price check in the market. The retailers in the market always complain about the government policies even though there profit margins are more than the industries and they are least hit by the government policies. The whole point is that the profit margins at the manufacturing level are always less then the distribution and retail level for various reasons (raw material, wages, and utilities).

Raw material for the products

Some of the raw material is bought from various cities of Pakistan. In the international market we import from Australia,Germany,India, china, France and Italy. Machineries are being imported mainly from Europe and China.

Pakistan as a consumer market

Pakistanis a big market. Our sales in northern region of the country are stronger than the southern part. It is more feasible for us financially and physically to concentrate on north region as we are based there. We export to Afghanistan,China,U.K., and to some small countries in Africa.

There are around a dozen competitors in the local market. As far as international brands are concerned, due to their immense volume it is hard to compete with them.

Sales of local brands are increasing day by day. We do not consider Pepsi and Coke as our competitors because there volumes are very large.

However, we would like our products to be placed in shops next to them. Our products have a good presence in the market. We are consuming 60% to 70% of our own manufactured bottles; the rest is supplied to other beverage companies.

Potential in Distribution Business in Pakistan

The real profit lies in the distribution as well as in the retail market. There is still potential to enter into these areas. We have a fleet of our own trucks to distribute in the near areas. We have employed other distribution companies to supply our products in far areas of Pakistan;

New competitors in the market

The multinationals Coke and Pepsi pose strong competitors for us as they have learnt from the local industry that the potential also lies in fruit juices .The market is huge so there is room for more competitors.

My only appeal to the government is to make policies which create a level playing field in the market. This would be beneficial to new competitors who enter the market. They can compete with others rather than making less profit as compared to those who have less overhead.

The beverage industry of Pakistan after 5 year

There is a huge potential in this market. Bottled water has proved that the bottled drinks (juices and colas) are for everyone and not only the affluent. This also means that we are talking about 160 million customers. This market will grow further in the coming years.