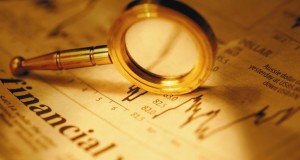 Though witnessing a minor increase in Feb’14, we believe the spreads environment to remain constrained in 2014 (based on our assumption of moderate monetary policy). The breather to the sector’s profitability hinges on the ability of banks to improve their asset quality. Further impetus to sector’s bottomline may also come from improved credit expansion linked to envisioned economic recovery.

Recovery drive of spreads after dipping to 9‐year low

As per the latest data released by the SBP, the banking spreads experienced slight respite in the month of Feb’14. The spreads witnessed an uptick of 8bps MoM to 6.05% vs. 5.97% in the previous month. The weighted average lending rates stood at 11.19% (up 2bps MoM) while the weighted average cost of funds declined by 5bps MoM to 5.14% vs. 5.19% in Jan’14. The reduction in the cost of funds can be attributed to the attraction of low cost funds in the deposit mix.

Segregating the data, public sector banks witnessed a 5bps decline in the spreads, whereas private banks average spreads increased by 12bps in Feb’14.

Highlights of fresh funds avenue and latest position of sector

According to the last reported numbers for the week ended Mar 14’14, the scheduled banks deposits standing at PkR7.6tn (up 1% YTD). The outstanding advances clocked at PkR3.66tn (ADR 48%), while the investments stood at PkR4.19tn (IDR 55%).