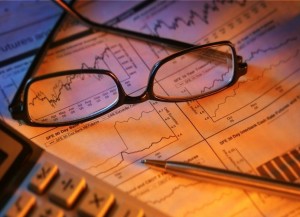 -We anticipate March 2014 inflation to clock in at 8.5% YoY. The same translates into 0.95% MoM rise in the CPI index, relatively sharper than 8MFY14 average monthly inflation of 0.66%.

-Uptick in inflation is expected to be led by higher perishable food prices in the ongoing month where the prices of poultry and fresh produce have risen by 2.3-40.2% MoM in March 2014.

-While the expected uptick in inflation is less than desirable, we believe a reading around the 8.5% mark remains well within the market’s and State Bank of Pakistan’s (SBP) comfort zone.

-That said, we are unconvinced on a May 2014 rate cut where we believe SBP may opt for a wait-and-watch approach till budgeted inflows arrive.

After two months of exceedingly soft inflation numbers (Jan-Feb 2014 avg: 7.9%), we expect Pak CPI inflation to trend somewhat higher in March 2014 where a look through month-to-date Sensitive Price Inflation (SPI) data reveals an uptick in perishable food prices. Notably, the prices of key food items including poultry and fresh produce have risen by 2.3-40.2% MoM in March 2014 (details in the table alongside) which we expect will push up food inflation for the ongoing month to 8.4% vs. an average of 7.4% over the last two months. On the back of higher expected food inflation, we anticipate March 2014 CPI inflation to clock in at 8.5% YoY where on a sequential basis; we estimate 0.95% MoM uptick in the CPI index. The same is relatively sharper than 8MFY14 average monthly inflation of 0.66%.

…albeit remain in the comfort zone

While the expected uptick in inflation is less than desirable, particularly with the equity and bond markets readying for a May 2014 interest rate cut, we believe a reading around the 8.5% mark remains well within the comfort zone of both the capital market and more importantly the State Bank of Pakistan (SBP). Note that the above would deliver 3QFY14E average inflation of 8.1% (9MFY14E inflation of 8.6%) vis-à-vis current Discount Rate (DR) of 10.0%. Meanwhile looking ahead, we expect 4QFY14E CPI inflation to also average around 8.1%. This would suggest that the IMF and SBP’s goal of keeping real interest rates in the positive zone should be comfortably met, where Pakistan’s 10-year historical average real interest rate (RIR) stands in at ~1.5% vs. 2HFY14E implied RIR of ~1.9%.

May 2014 rate cut still not our base case

While we see the uptick in March 2014 CPI inflation as un-alarming, we remain unconvinced on a rate cut in the next and final Monetary Policy Statement (MPS) of FY14, due in May 2014. We believe that, similar to March 2014 MPS, the SBP is likely to follow a wait-and-watch approach on the external flows front before changing monetary policy stance to easing. Our base-case view is for unchanged DR through FY14E where faster than expected materialization of US$ inflows is the key risk to our call.