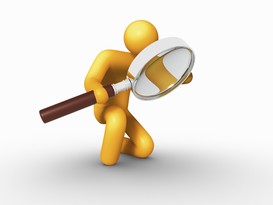 The recent resurgence in inflationary pressures has given rise to the consensus view of a further rate hike in the discount rate in the Nov’13 MPS (Monetary Policy Statement). The general consensus weighs towards a 50bps increase while some quarters have also suggested a hike of 100bps. Although we agree with the consensus view with regards to the rate hike (refer to our report titled Oct’13 CPI clocks in at 9.08%YoY on Nov 01’13), we eye i) challenges on the balance of payment (BoP) front and, ii) inflationary borrowing from the central bank to be more pressing issues for policy makers this time round. The clarity on the mentioned factors would determine the quantum of the rate hike in the current cycle of monetary tightening that is likely to last until the 2HFY14. With the IMF also showing concerns on the BoP position, suggest i) an underlining weakness of the PkR against the US$ and, ii) utilization of domestic sources to bridge the fiscal gap. Both factors adding an upside bias to the inflation outlook could force policy makers to extend the current cycle of monetary tightening from 50bps in Nov’13 MPS to another 50‐100bps in 2HFY14. 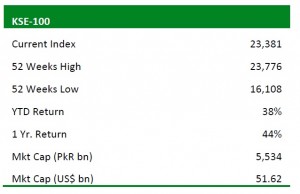 With the Oct’13 CPI clocking in slightly above our expected range of 8.7‐9.0%, it attaches an upside bias to our CPI projection for the months of Nov’13 and Dec’13. The higher numbers are likely to come on the back of, i) the low base effect, ii) likely rationalization of gas tariff and, iii) 2nd round impact of PkR depreciation and power tariff rationalization. This is likely to force policy makers to increase the DR by another 50bps from the current 9.5% to 10% in the Nov’13 MPS.

Although there is a general consensus of a rate hike in the next MPS, market participants keenly await the central bank’s assessment on, i) the BoP position and, ii) the government’s budgetary borrowing from the central bank. On the external front, reduced amount of CSF (Coalition Support Fund) has caused the current account deficit to stand at US$1.2bn in 1QFY14 versus a surplus of US$439mn in the same period last year. Subsequently, the country’s foreign exchange reserves have declined by  S$1.5mn in FY14YTD to currently stand around US$9.4bn and is causing the PkR to remain under‐pressure (~7% depreciation in FY14YTD). On the fiscal side, the government has borrowed PkR557bn from the central bank compared to the retirement of PkR199bn in the same period last year. The two factors combined hold major implications for broader macroeconomic variables including the PkR‐US$ parity and inflation outlook. The aforementioned in this regard is likely to culminate into an extension of the monetary tightening cycle and a hike of another 50‐100bps in 2HFY14, in our view.