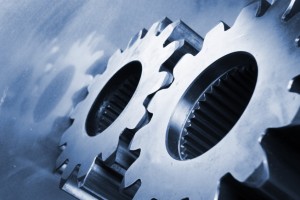 Growth in Large scale manufacturing (LSM) businesses has been recorded at 13 per cent since September, 2012. 8 per cent of this increase growth has been during July-September. Borrowing of the private sector has also doubled to Rs. 104 billion from Rs. 52 billion last year. Growth of LSM can be attributed to improved electricity supply. On the other hand, agricultural output has experienced growth with cotton and sugar cane being the star products.

However as winter approaches, shortage of natural gas and increased interest rates on the other hand may be issues worth considering. Much, however, depends on how exactly the planned cuts in gas supplies to industries in Punjab are implemented. From an outright suspension for two months to four-days-a-week the situation may not be as bad. The Pakistan Textile Exporters Association has come up with another proposal: alternate hourly supplies to both households and industries, instead of depriving either for a whole day.

Another factor to be kept under consideration is that large scale industries do not rely solely on the national grid for their electricity and have their own means of electricity generation such as captive power plants. Performance of small and medium sized enterprises (SMEs) may therefore be more prone to face decline in case of electricity shortages. As LSM industries rely on SMEs for their operations, LSMs may face inconsistencies if electricity is in short supply.

However, trading-based SMEs are expected to continue with their better performance on the back of expanding external trade and an expansion in local wholesale activities.

Though export earnings are rising, and the imports bill is declining, external sector worries persist, with the current account deficit rising amid heavy foreign debt servicing, along with shrinking forex reserves and a depreciating rupee. Rising outward transfers of profits and dividends of multinational companies operating in the country continue to weaken the external account.

Inflationary pressures have resurfaced, with the State Bank continuing a tight monetary policy. The fiscal deficit remains high, though lower than last year, and the circular debt is growing again.

An inflow of about $550 million is expected next month as the second installment of the $6.7 billion IMF loan, and it may provide some support to the faltering rupee. The rupee has lost about nine per cent of its value against the dollar in five months of this fiscal year, and the forex reserves have fallen by 20 per cent, or more than $2.2 billion.

However according to the ministry of finance efforts are being made to attract Foreign Direct Investment (FDI) as part of a broader strategy to keep the balance of payments in shape. Auctioning of 3G and 4G licenses is also to begin soon and if completed as per schedule in February next year, the expected inflow of $1.5 billion would ease off at least, to some extent, pressure on the external account caused due to the huge foreign debt servicing. Pakistan has to pay about $1.5 billion to the IMF in debt servicing from now till next September. The Rupee has lost about 0.6 per cent of its value against the dollar in just two days to November 26, when Pakistan repaid $396 million as the 24th installment of an old IMF loan.