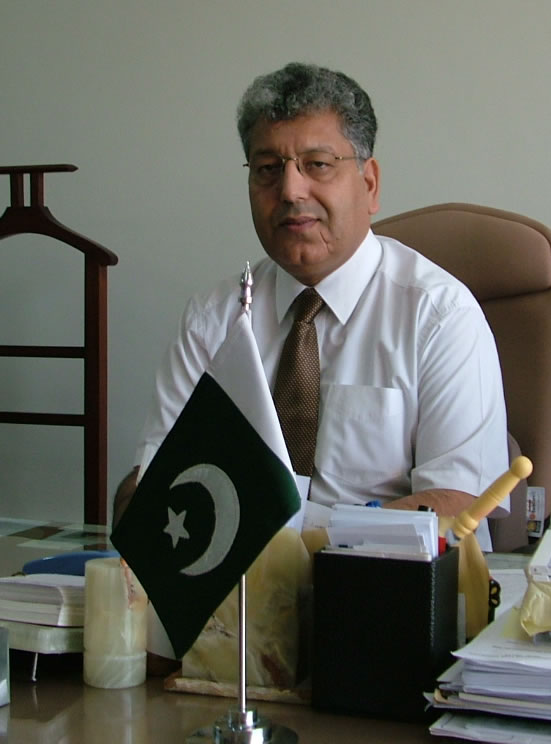 Interview with Member Planning and Operation of Higher Education Commission Prof. Dr. Mukhtar Ahmed on the present situation of education sector in Pakistan

Tell us about your education and professional background? 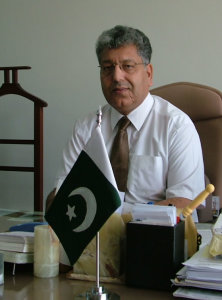 I started my education as a science student but later shifted to business studies. After my Masters, I went to America and studied at the University of California for a PhD and came with two degrees, one in business and the other in science. After coming back to Pakistan, I started my career as a teacher with Arid Agriculture University in Rawalpindi. After a while, I left Arid University and taught in various public and private institutes. I started working with Mr. Hakeem Saeed in Hamdard University and helped him in launching Islamabad and Faisalabad campuses. After his death I left Hamdard and joined Comsats Institute and established the business faculty and also opened Wah Campus of Comsats. In late 2004, Higher Education Commission (HEC) announced a position for Member Planning and Operation (3rd senior position after Chairman and Executive Director), I was selected for this position and joined in January 2005. Today I am proud to be a part of HEC.

What is the present situation of the education sector of Pakistan?

If we talk about the overall education system which includes, primary, middle level and higher education, the situation is not very promising. The main issue is thatPakistanis a country of 170 million people, and around 100 million out of these are young people under the age of 25. This younger generation of ours can serve as a gold mine for the country. It is a huge responsibility for the state to provide education to 100 million people. Now it is up to us how effectively we can use this opportunity as our strength.

Normally, it is said that that education should be the priority but unfortunately to make it practically possible is not easy in our country. There are a huge number of primary schools inPakistanbut they are without proper facilities of class rooms, drinking water and the presence of teachers. If there is no proper investment at primary and middle education level, the students groomed for higher education will not be proficient enough to succeed. No nation can be developed until it prioritizes its needs. In the past few months, fortunately the government has realized that how important the education sector is. Lack of proper education and illiteracy are the prime causes of law and order situation in the country. The top leadership which includes both politicians and bureaucrats has agreed to invest more in education because they have realized that spending on education is an investment and not expenditure. In our federal budget, whenever the government has to balance it, they cut the expenditures from education and health sector although these are the most important areas for the national development. In my opinion, whatever adjustments need to be made to the federal budget, these two areas should be protected because these are the basic needs of a society.Pakistanis among the lowest ranking countries in terms of its spending on education. The government spends less than 2% of its federal budget on education.

If we study the history of the world, western countries have seen more difficult times than we are facing today. There were dark ages inEuropebut look what they have done today. Their societies are now transformed because of their educational institutions and trainings which converted the whole population to an educated civilization. We have the potential. The only requirement is to use that potential properly in a positive manner. Measures from both public and private sectors are required to improve the education sector ofPakistanand these measures will bring social reforms in our society and people will be able to differentiate between right and wrong, ethical and non ethical issues.

What is the role of higher education commission for the improvement of education sector in Pakistan?

InPakistan, students who qualify for higher education are around 25 million. In 2002 when HEC was formed, only 2.6% of these 25 million had access to higher education. 97.4% students did not have any access to higher education. During the past few years, the government has made dedicated efforts and this year more than 5% students have access to higher education and we are planning to double this percentage in the next 5 years. Our literacy rate is less than all the countries in our surrounding regions, even less thanNepalandBangladesh. Dedicated effort is required for the reforms in the education sector and reforms take decades. We have been very successful in improving the higher education system after the formation of HEC. Today there are more than 130 universities in the country. There are around 65 public sector universities which were formed without compromising the quality. Access, quality and relevance are the three things focused while establishing new universities. We are trying our best to give chance to that population of youngsters who do not have access due to certain reasons. We are not only trying to give access to universities in big cities but the rural areas and small towns are also being focused. There is a large population inPakistanthat cannot afford higher education. HEC started scholarship programs for those poor families whose children get admissions on merits, and then it is the responsibility of the institution to bear their educational expenses. Gradually we are focusing on capacity and institution building.

HEC is taking measures to improve the education sector from all possible ways but the biggest problem is that we are short of faculty (or good faculty). There are around 18,000 teachers available for higher education both in public and private sector. Out of this number, there are only around 4,000 PhD degree holders. Although the system of education we are trying to adopt from the west requires only PhDs to teach in the universities. According to our working, we require around 40,000 PhDs in the next 10 years just to meet the requirement in the institutions. In the last couple of years, 55% investment of the government was on the faculty. There are around 9,000 students studying for PhDs withinPakistan.

We have improved our IT network and we are no less than any other country in this region. We have linked all universities throughPakistaneducation research network with a speed of 1GB. We have a digital library in which there are more than 20,000 journals available and there are around 45,000 online books available in our network. All universities have been given computer labs and internet facilities. The concept of video conferencing has been introduced by HEC and universities now share resources with each other through video conferencing. Lectures are being delivered through it and meetings are being held. We are also facilitating research activities inPakistanwhich remained slow in the past years. Because of dedicated efforts of HEC, third parties likeWorld Bank,USAid and British Council have also started playing a notable role in the education sector ofPakistan.

If we talk about the quality of education, there is a huge difference among universities in Pakistan, especially between public and private sector, the students of universities like Comsats, Hamdard etc are not as much groomed like those of LUMS or IBA, by seeing that we can clearly identify that there is a quality gap in education? Please comment on this.

There are different aspects of quality education. The top universities take students from that part of the society which is already groomed and it does not take much effort to further prepare them. Universities like LUMS and IBA have worked hard and developed their systems well. There quality of education is as good as in the western countries. Their management has a vision and exposure and their affiliation with the industry also helped them to create a very professional environment in the university. Moreover they were able to attract eminent faculty and state of the art technology. Nothing is free in this world, they charge you very high to give you top of the line service and it is only for that part of society who can afford it.

We can benchmark these universities. We are trying to first standardize the system. There was a time that some universities were offering 2 or 3 years business degrees, now we have standardized the system and all the institutions have to offer same duration courses. We have also updated the old curriculum in institutions which was being taught in the past years by establishing national curriculum committees. HEC has also involved industries in its projects so that students entering the market will suit the requirement of the industry. We have tried to create a mechanism and we are going towards the right direction but it will take some time to improve our education standards. We are already in the change process and taking measures that only the fittest institutes will survive in the market. The pressure to survive is already there and low quality institutes will ultimately have to leave the market themselves.

What is your affiliation with the industry?

We are trying to involve industry in our strategy building so that the numbers of students produced every year should be able to get jobs in different sectors according to their requirements. Another important factor is that we as a nation are very reactive. There was a time when every body started moving towards Information Technology (IT) but they realized that there will be no more opportunities, today every one is moving towards business studies. There is a need for proper mechanism or system of selecting students in different fields according to requirements of the industry so that after graduation, students can get jobs and industry can also get skilled workforce.

What are your standards for the faculty?

InPakistan, teaching has never been a profession by choice. People who could not get good jobs started teaching. The attraction towards the profession has not been created by providing incentives and good environment. Government has increased the pays of the teachers and provided them 75% tax rebate in higher education. Now slowly the facilitation is coming in the teaching profession and many people are attracted towards it. Institutes are also taking measures to hire professional teachers without compromising on quality.

Where do you see the education sector of Pakistan in the next 10 years?

We have no other choice other than to invest extra resources in this sector and put dedicated efforts for the survival ofPakistan. Unless we put an extra effort in the education sector, our economic survival in the coming years will be difficult. We have an immense potential and hardworking people. We need to standardize and systemize things. We have no choice other than to work hard because the population size is huge. Students who will study in universities after 15 years are already born, so we have to think and plan with a long term vision. All areas including public and private sector, government and industry have to put efforts to convert the workforce ofPakistaninto a skilled workforce.