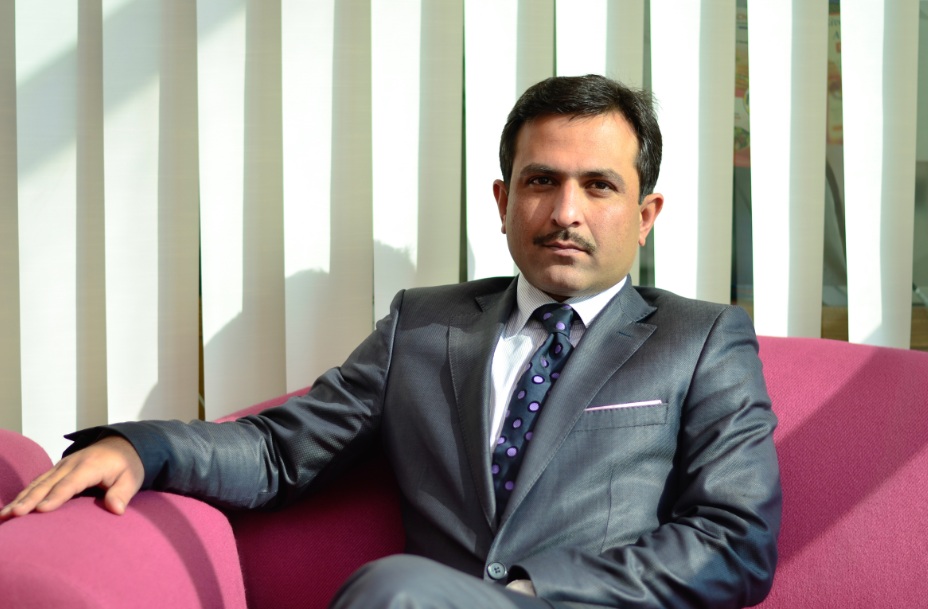 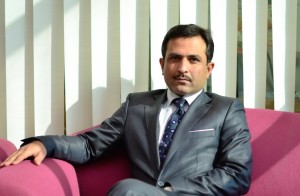 Silkbank is a growing and innovative mid-sized bank with a strong focus on consumer and retail banking. The Bank was acquired in 2008 by a consortium of investors comprising of International Finance Corporation (IFC), Nomura European Investments, Bank Muscat and Sinthos Capital (represented by Mr. Shaukat Tarin, Mr. Azmat Tarin and Mr. Sadeq Sayeed). The consortium currently holds an 82.4% equity stake in Silkbank. The Bank’s Sponsors have a stellar track-record of creating shareholder value by implementing proven business models and forming strategic business alliances across the globe. Silkbank’s management team, led by Mr. Shaukat Tarin, is known for its relentless focus on service quality and results. The team is credited with the turn-around at Habib Bank Limited – where heavy losses were eliminated and profitability restored in 3 years – and Union Bank, which was transformed into a leading consumer bank of the country. The concept of Islamic banking seemed like the next viable step given the situation of the Pakistan’s banking industry for the past 8 years.

One of the most unique concepts about this transition was that we achieved this within a day! No shortcuts were pursued and the transition method is in accordance with the State Bank principles. We shifted the portfolios of customers from the existing branch to the one in the closest physical vicinity and then had the branch start on Islamic portfolios from scratch. In order to ensure that the customers have a smooth transition, we gave them the option of either agreeing to transfer the branch or enjoy uninterrupted online banking within the converted branch. Of course, the option of shifting towards Islamic banking was also open. We received an overwhelmingly positive response. We now have seven (07) Emaan Islamic Banking branches in Islamabad, Rawalpindi, Lahore, Karachi, Faisalabad and five (05) new branches are being opened in the next one month.

Since the transition method is tried and tested, we have the ability to convert any commercial branch we want in the future, following the same strategy of bringing our customers on board and complying with the State Bank requirements.

We are not aiming for either strictly urban customers or entirely rural customers. Our target market is the entire banking population regardless of their geographical location. We believe that any banking customer can convert their account into an Islamic banking account. It is for this purpose that we offer competitive rates and services to our customers in all our branches; and if we are able to provide them with proper sustainable solutions, we are certain that they will switch over to Islamic banking. With regard to your question about the branches located only in the larger cities, you may note that in the next phase, our branches are going to open in relatively smaller cities and towns such as Quetta, Abbottabad, Mardan, Chaman and Gujranwala.

Back in 2006, we conducted a very comprehensive market research as to how Islamic banks are perceived by the general public. We found out that there was only 10% of the total banking industry which could be described as purely ‘Islamic Banking Niche’. Almost 10% people believed there was no difference between Islamic banking system and the conventional banking system. The remaining respondents stated that if provided with competitive service, rates and financial solutions, they would prefer shifting to Islamic Banking. Therefore, nearly 90% of the audience which is open to this change is our target market.

Rural areas have more potential of Islamic Banking as people are generally more sensitive on Shari’a issues and adhere to their religious practices. The major beneficiaries of rural areas are Meezan Bank and Bank Islami.

Comparison with Other Islamic Banks

Despite the fact that Silk Bank is a relatively newer entity in the Islamic Banking industry, the team that is handling this section is not new at all. We have individuals who pioneered Islamic Banking in Pakistan. Prior to Emaan Banking launch in Pakistan, we also had successfully raised and run Bank Alfalah Islamic bank and then contributed subsequently to the launch of Dubai Islamic Bank in Pakistan. While both of them have been internationally successful, Bank Alfalah also has the credit of having the largest Islamic Banking division by any commercial bank in Pakistan. Our team is quite skilled and fully equipped for running Islamic banking operations.  Based on the vision of this team, the products which we bring to the market are both multiple in numbers and diversified in their functionality. Islamic banking has a huge potential for bringing a competitive advantage for our group and we recognize that. It is through a blended strategy encompassing our branch network, technology and human resources that we are working to achieve our vision. It is this team that offers us the competitive edge over many other Islamic banks.

Current Situation of the Banking Sector in Pakistan

The economic condition of Pakistan directly affects the performance of the banks and although banks are surviving, many are under a lot of stress due to adverse socio-economic circumstances, and the chaotic law and order situation prevailing in the country. The economy has not been performing well for the past few years. Foreign investment has almost stopped coming in and investment by the domestic sector is also at an all time low. By looking at the overall banking industry in terms of numbers, the asset books of banks seem to be shrinking despite the fact that deposits are growing. Private credit is not always readily available due to the governments’ massive borrowing. However, we are hopeful for things to turn around after the 2013 elections. The positive side of the situation is that once you have hit rock bottom, there is no other way left but to climb back and with a stable government and better law and order situation an economic boom can be a reality.

In the present global recession, the banking industry was not only the instigator but was also subject to bankruptcies. That however, is not the case in Pakistan. Our banks have managed to survive and sustain their operations due to a multitude of reasons. Not only does our country possess world class bankers as an asset to this industry but State Bank of Pakistan is also one of the best regulators in the world. Their policy framework, monitoring and guidelines have ensured that Pakistani banks do not default. Because of this effective monitoring system established by the State Bank, our banks have zero or negligible exposure in international markets, hedge funds, derivatives, futures or any speculative transactions/products that were the primary culprits behind the global financial crisis. This means that cross border risks were very well defined and under control. We were not subject to major subprime kind of mortgage issues or major stakes in speculative stocks and commodity markets.

Comparison of Islamic Banking with Commercial Banking in Pakistan

It has been a little over 8 years since Islamic Banking was first introduced in Pakistan. It was introduced under the background of 9/11 because major funds started pouring into Muslim countries from the West and the recipients were generally Islamic Banks. This led to not only global recognition and acceptance of this format of banking but also, global institutions conducted research and product development on the subject major banking groups such as Citibank, HSBC and Barclays, all started Islamic Banking internationally. Simultaneously, many local banks in Pakistan also started exploring this sector.

Since Islamic Banking started in Pakistan, the growth rate of Islamic banks has been over 30% annually whereas conventional banks have been growing at around 12% on average in terms of profitability and balance sheet growth. In Pakistan today, almost 9% of the banking industry comprises Islamic Banking.

Since Islamic banking is now a global phenomenon, the products of Islamic banking have been tested by the global financial markets and have been found distinct and superior in terms of profitability as well as risk mitigation.  The fact of the matter is that there is a major difference between commercial banking and Islamic banking products.

Islamic banking is an asset based financing which means unlike commercial banks, any Islamic banking transaction needs to have a real physical underlying asset that is well defined for different levels of transactions. Islamic contracts are not standardized for any transaction. For every transaction, there is a specific contract which defines the terms and conditions of that particular transaction and evidently includes that there is no interest based term or condition, nor any term that would go against the nature of the contract or give undue protection to the Bank at the expense of the customer. All contracts ensure that there is no speculation, there is no compounding, and there is no exploitation of either party involved in the transaction.

Unfortunately, this is something our industry is lacking. We have been busy in creation of new banks and being competitive in the industry, but we have failed to focus on public awareness with regards to the change that we have been introducing. There is a dire need for Islamic banks to address universities, chambers of commerce and general public, through seminars, workshops and media awareness campaigns.

The basic essence and requirement of Islamic Banking is that it has to be in full compliance with the rules and principles of Shari’a. When Islamic banking started in Pakistan, neither were the Shariah scholars aware of the banking operations nor was the banking industry familiar with Shariah laws on the subject and their implications. However, with the passage of time the flow of knowledge has been mutual.  Not only are the Shariah scholars well versed in Islamic finance but bankers are also familiar with the differences between traditional and Islamic banking requirements. Involvement of Shariah in Islamic Banking has been on both the transactional and pre-transactional levels and in both cases; Shari’a authorities have been very supportive. The State Bank of Pakistan has also been very encouraging in this regard.

Emaan Islamic Banking, Silkbank Ltd was established with the vision to become one of the top three Islamic Banks of Pakistan within the next three to five years. In order to achieve this goal the management decided upon formulating a broad medium and long term vision. The first strategy was to establish a division under the banner of Emaan Islamic Banking. Under this division the Bank will open five new branches and convert 7 of the existing branches (out of 85) under the same banner.  Once the Emaan Islamic Banking is successfully launched, the second strategy will be two-pronged. In the first part, the Bank aims to have an organic growth by both opening new branches as well as converting existing branches on the same methodology. The second will be the willingness to acquire any existing Islamic bank within the country and explore global unsaturated Islamic Banking Markets.