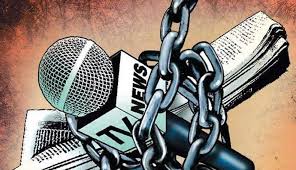 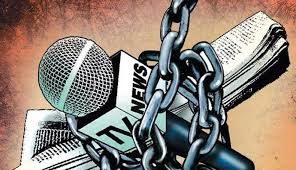 Reporters Without Borders (Reporters Sans Frontieres or RSF) on Tuesday released the 2020 World Press Freedom index, indicating that Pakistan has slid down another three places to reach 145th position out of 180 countries.

The top slot remained with Norway for a fourth consecutive year, followed by other Scandinavian countries, while the lowest ranking was given to North Korea. China maintained its 177th position this year.

Some other countries in the region slipping from their positions included India, whose ranking dropped to 142 from last year’s 140, Iran that fell to 173, Afghanistan that went down to 122nd position.

According to the RSF, media outlets in Pakistan have been threatened with the withdrawal of advertising. The signals of TV channels that gave airtime to opposition representatives have been jammed. Journalists who dared to broach subjects deemed off limits by the military have been subjected to harassment campaigns.

After reining in the traditional media, the establishment has set about purging the internet and social media of content not to its liking.

To that end, the government is trying to step up online “regulation”, by which it clearly means censorship. Journalists meanwhile continue to be at risk in the field, especially Balochistan and Khyber Pakhtunkhwa, where reporters are caught in the crossfire between the security forces and militants.

Four journalists and a blogger were killed in connection with their reporting in 2019, while one journalist was killed in 2020. And, as has been the case for at least a decade, there was total impunity for crimes of violence against journalists.

The RSF stated that Pakistani media, which has a long tradition of being very lively, has become a priority target for the country’s “deep state”.

“The influence of establishment has increased dramatically since Imran Khan became prime minister in July 2018. There have been many cases of brazen censorship in which the military have used a number of methods for exercising pressure. Distribution of newspapers, especially the leading daily Dawn, has been interrupted,” it added.