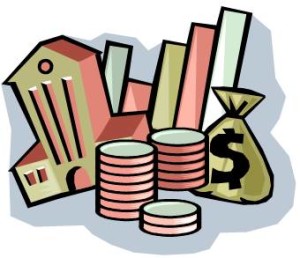 Amongst other things, the positivity of external account is creating room for the domestic banking sector to channel its incremental depository flows towards high yielding private sector. The recent numbers shown the government has retired approx. PkR265bn to the banking channel in 2Q2014, which may spur lending to high margin private sector. However, we highlight the trend is still in the infancy stage with banking sector lending PkR0.8bn to private sector (ex-PSEs) in 2Q2014. The shift of lending direction may potentially reduce the impact of constrained spreads. The latest numbers reveal average banking spreads have declined to 6.05% in 5M2014 versus 6.23% in the same period last year, down 18bps.

We maintain a positive outlook for the sector with i) shifting in investment mix towards PIBs ii) economic recovery to spur advances and iii) controlled NPL accretion forming corner stone of our investment case. Amongst top-tier banks, UBL and NBP are our preferred plays while we like BAHL and HMB in mid-tiers banks.

The improved external account position on the back of i) overwhelming response to Eurobond Issue, ii) flows in PDF iii) materialization of 3G/4G spectrum auction and iv) higher disbursements from bi/multilateral donor agencies has sharply reduced government reliance on scheduled banks in recent times. This is in backdrop of government’s fiscal conservation drive under watchful eyes of IMF. To concrete our thesis, the government borrowing from scheduled banks stood as 12% of incremental Demand and Time Liabilities (DTL) in FY14YTD versus 99% in FY13. On cash basis, the gov’t has borrowed PkR104bn as of June 06’14 versus PkR856bn in the same period last year. More importantly, the government has reitred approx. PkR265bn in 2Q2014 alone.

This has created space for the credit expansion which accounts for 77% of incremental DTL in FY14YTD aganist a minute 1% in the FY13. Though, still in the infancy stage, a realization of shift in focus towards higher margins private sector may reflect positively in the banking sector core earnings.

Similar to the PIB phenomena, the change in lending focus may not be completely reflected in the reported spreads of the banking system. As per the latest numbers released by SBP, the weighted average banking spreads stood at 6.11% in May’14 versus 6.05% in Apr’14, up 6bps. The spreads on MoM basis shown such miniscule rise after dipping to 9‐years low of 5.97% in Jan’14. On the other hand, the 5M2014 average spreads stood at 6.05% against 6.23% in the corresponding period last