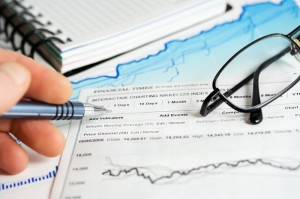 -Uptick in inflation was largely expected (JS expectation: 8.5%) and was led by a spike in perishable food prices which pushed up food inflation for the month to +9.3% vis-à-vis ~7.4% food inflation over Jan-Feb 2014.

-That said, non-food inflation was contained, slipping to a 6-month low of 8.0% while core inflation also stayed within what appears to be State Bank of Pakistan’s (SBP) comfort zone.

-We maintain our ‘no change’ interest rate call for the May 2014 Monetary Policy Statement, where IMF’s recommendation to continue to tighten should be balanced by positive real 2HFY14E interest rate of ~1.9%.

Pak CPI inflation rose to 8.5% YoY in March 2014 as against 7.9% a month prior, while on a sequential basis, inflation ticked up by 1.0% MoM, relatively sharper than 8MFY14 average monthly inflation of 0.66%. The uptick in inflation was largely expected (JS expectation: 8.5%) on the back of a spike in perishable food prices (+11.8% YoY in March 2014). Recall that the prices of key food items including poultry and fresh produce rose by 2.3-45.8% MoM over the course of the month, pushing up the food inflation reading for the month to +9.3% vis-à-vis an average of 7.4% food inflation over Jan-Feb 2014. Notably, non-food inflation was contained, slipping to a 6-month low of 8.0% while core inflation (Non-food Non-energy CPI and trimmed mean CPI clocked in at 7.6% and 8.1% respectively) also stayed within what appears to be State Bank of Pakistan’s (SBP) comfort zone.

The SBP’s next Monetary Policy Statement (MPS) is due in May 2014. Moderate inflation numbers notwithstanding, we believe the IMF’s recent stern take on monetary policy stance (the fund was categorical in its view that ‘a tight monetary stance remains important to help accumulate reserves and to contain inflationary pressures’ and recommended both further tightening of monetary policy rate and a more flexible exchange rate) has likely poured cold water over the KSE’s rate-cut hopes. We expect no change in the Discount Rate in the May 2014 MPS where we believe SBP is likely to hold off any pressure for a rate hike on the back of a respectable positive real interest rate (RIR). Recall Pakistan’s 10-year historical average RIR stands at ~1.5% vs. 2HFY14E implied RIR of ~1.9%.