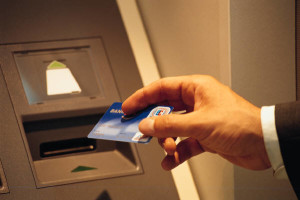 The banking sector strategy to combat low interest environment but shifting their focus towards higher yielding government’s long term paper has started boding favors for them. This is in the back drop of the sector’s prudent lending approach that has substantially improved its asset quality. The top 5-banks that cumulatively account for 60% of total deposits and 73% of total market capitalization, posted a decent growth of 12%YoY in 1Q2014. This is thanks to higher NII (Net Interest Income), up 7%YoY and lower provisioning (down 68%YoY).  Support to the segment profitability has also came from 22%YoY rise in NFI (Non-Funded Income). Though all the banks (exception MCB) showed a positive trend, UBL led the performance drive (up 32%YoY) followed by HBL (up 20%YoY).

Going forward, the shift of focus towards long-term high yielding government bonds will give a booster to the earnings along with comparatively improving asset quality. Furthermore, any upcoming economic revival will continue to induce rerating in the sector.

Profitability up 12%YoY, triggered by NII and NFI growth

phenomena is evident from 7%YoY rise in the NII despite of 19bpsYoY decline in average banking spreads in 1Q2014. Moreover, substantial reduction in provisions (due to improved focus on recoveries) and respectable uptick in the NFI by 22%YoY also lent helping hand to lift the profitability of key players.

On the sequential basis, the segment cumulatively posted a 3% increase in the profitability. Although the NII of the banks declined by 2%, the substantial reduction in provisioning to PkR685mn vs. PkR6.8bn in 4Q2013 (due to absence of heighted NBP provisioning charge) has translated into the positive earnings growth.

Highlighting the individual performances, UBL emerged as the star performer (up 32%YoY) followed by HBL (20%YoY). Furthermore, ABL also showed impressive performance with 15%YoY growth. The said banks showed impressive uptick in their NII while also booked significantly lower provisioning charge. On the other hand of spectrum was MCB, the only bank to post a decline in profitability (down 4%YoY) amongst the top 5‐banks. The bank depicted restricted expansion in the NII as compared to peers. Lastly, NBP also showed a restricted bottomline growth of a mere 4%YoY with the only bank to show decline in its NII (down 2%YoY).