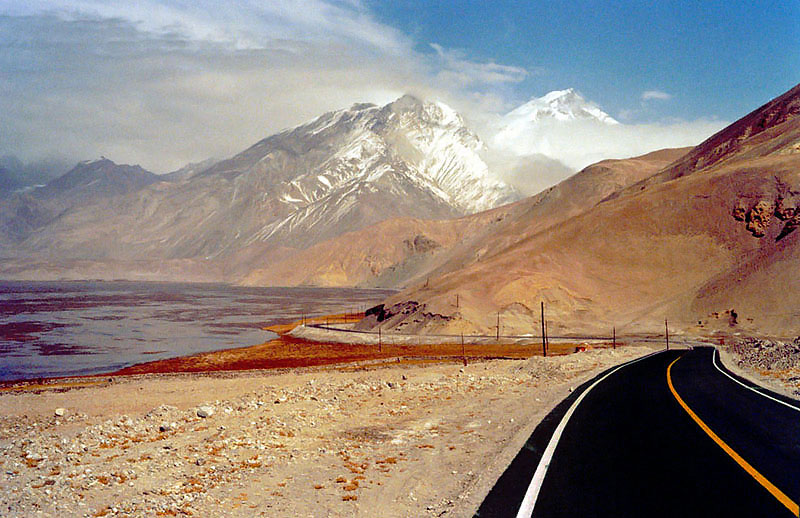 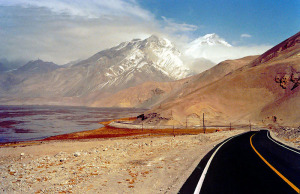 The Karakoram Highway
The Karakoram Highway, also abbreviated as KKH, connects the Gilgit-Baltistan region of Pakistan with the Sinkiang Uighur region of China through the Karakoram mountain ranges and is known as one of the highest paved international roads in the world, making it the eighth wonder of the world.
The road is highly elevated and was constructed under very difficult conditions. It serves as a popular tourist attraction, connecting the Xinjiang region of China with the Gilgit-Baltistan region of Pakistan. The highway contains a number of linkages with the ancient trade routes which linked the Silk Road Oasis of Kashgar with Islamabad and passes across the Khunjerab Pass as well. It is officially known as the N-35 in Pakistan, whereas China has termed it as the China National Highway 314. 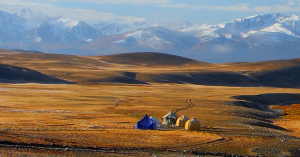 Roof of the World
The Deosai Plains are one of the highest plateaus in the world, being renowned for its beauty in terms of nature and wildlife, which includes the Himalayan brown bear. These plateaus are considered to be a protected area for wildlife since the weather in the region is quite harsh; hence it is only occupied by tourists and locals during the summers. 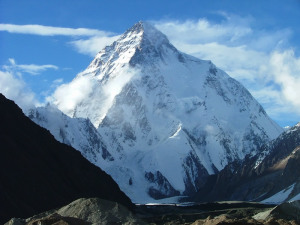 World’s Second Highest Peak
Known to be the second highest mountain range in the world, after Mount Everest, K2 is located on the border of Pakistan and China, being the highest point in the Karakoram Highway as well as Pakistan. This range is known by various different names, which include Chhogori, Qogir, Ketu, Kechu, Mount Godwin-Austen and as the Savage Mountain as well due to the extreme terrain and high rate of fatality amongst the tourists who wish to climb and explore this peak. The Chinese side of the peak has proven to be more difficult and dangerous hence it is mainly accessed from the Pakistani side, however, climbing it during the winter season is out of the questions due to the extremely harsh climate of the region. 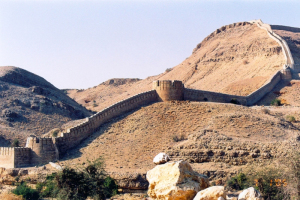 Largest Unexplored Fort in the World
Also known as the Great Wall of Sindh, Dewar-e-Sindh, the Ranikot Fort, located in the Kirthar Range, is known to be the largest unexplored fort in the world, being on the UNESCO’s list of world heritage sites. This fort is one of the most mesmerizing sites in Sindh, having been modified throughout the years, making it the largest fort in the world.
The original purpose of the fort in unknown, though its walls have been modified to accommodate the use of gun powder throughout the years, some archaeologists attribute it to the Arabs while others to the Sassanian Persians and even the Greeks. However, there is no trace to neither any old city being present inside the fort nor is there any evidence pertaining to its prehistoric origins hence its origins remain a mystery for researchers. 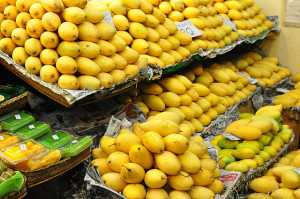 Fifth Largest Producer of Mangoes
Pakistan is the 5th largest producer of mangoes and the 3rd largest exporter in the world, which allows the country to benefit from a prominent standing in the international market due to the quality, taste and popularity of its produce which is demanded by consumers throughout various countries in the world.

Second Largest Salt Mines
Located in the District of Jhelum in Punjab, the city of Khewra is home to the second largest salt mines in the world. The Khewra Salt Mines are located in the mineral rich mountain range known as the Salt Range which extent from Beganwala near the river Jhelum to Kalabagh which is near the river Sindh.
The history of this Salt Range gates back to 320 BC, when Alexander’s troops discovered it, however, its functional trade began during the Mughal era, with its main tunnel being developed in 1872 by Dr. H. Warth, during the British Rule in the subcontinent. After the independence of Pakistan, the Pakistan Mineral Development Corporation took over the development and use of this mine which still plays a huge role in providing the largest source of salt in the country. 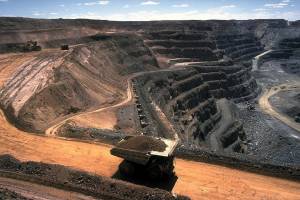 Sixth Largest Coal Reserves
Located in the Thar Desert of the Tharparkar District in Sindh, Pakistan, the Thar coalfield is known to be the 6th largest coal reserve in the world which was discovered by the Geological Survey of Pakistan and the United States Agency for International Development in 1991. As a result of this discovery, Pakistan is ranked as the top seventh country in the world however the economic deposits of coal being restricted to Paleocene and Eocene rock sequences. Nonetheless, the discovery of the world’s largest lignite deposits in the country is sufficient to meet its fuel requirements for centuries to come. 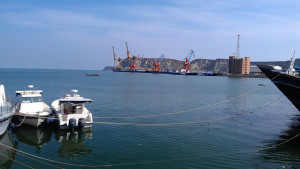 Gwadar Port
Situated on the Arabian Sea at Baluchistan, the Gwadar port is a deep sea port which serves the purpose of being a major destination in the Pak-China Economic Corridor. It is located on the western end of the Baluchistan border which is on the opposite side of the Gulf of Oman, this location proving to be strategically beneficial for serving as an important trade route for the Gulf as well as China and various other countries.
This structure allows Pakistan to generate millions of dollars on an annual basis through charges pertaining to port and cargo handling along with freight charges for export goods as well as import cargoes.
The port offers low cost in terms of land and an abundance of labor and resources which include close proximity to Gulf countries, presence of oil, gas, mineral as well as agricultural resources, thereby offering huge potential for trade and investment.
The port also has the potential of being developed into a mature regional hub and a trans-shipment port. Looking through a strategic perspective, it can assist China in monitoring the sea lanes across the Persian Gulf since a large portion of the energy requirements for China come from them and travel along this sea lane. 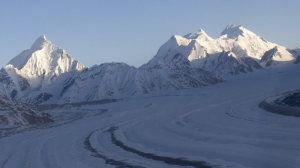 Second Longest Glacier in the World
Located in the eastern side of the Karakoram Range in the Himalayan Mountains, the Siachen Glacier is the second longest glacier in the world’s non-polar areas, as it extends to being approximately 76 kilometers long. Pakistan controls its western region of this glacier since all the major passes flowing through it are administered by India since 1984. 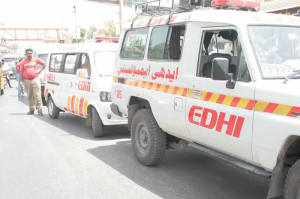 Largest Ambulance Service
Founded in 1951 by Abdul Sattar Edhi, the Edhi Foundation is a nonprofit social welfare program which operates in Karachi and provides emergency assistance all over the country on a 24/7 basis. The foundations provides various services which include drug rehabilitation, medical care, free hospital and shelter for the impoverished, with its main focus lying with its Emergency Services, Orphans, Handicapped Persons, Healthcare, Education, Shelters, Blood and Drug Bank along with many others. It provided support to the Gulf war victims in 1991 along with aid to the earthquake victims in Egypt and Iran. It operates a fleet of more than 500 ambulances which has allowed it to hold the Guinness record in 1997, of being the world’s largest volunteer ambulance organization. 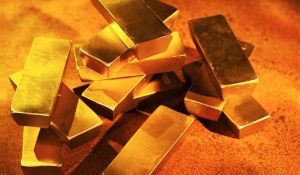 Fifth Largest Gold Mine
Reko Dig is a small town situated in the Chagai District of Baluchistan, which is famous for its vast reserves of gold and copper, where there is estimated to be mineral resources worth 5.9 billion tons present which includes an average copper grade of 0.41% and gold grade of 0.22g/ton. This area is believed to be the 5th largest gold mine in the world. 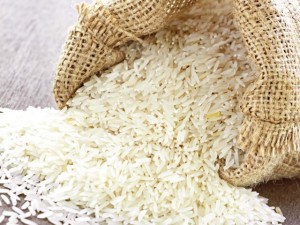 11th Largest Producer of Rice
With respect to the national economy and agriculture of Pakistan, rice production holds a very dominant position since the country is the 11th largest producer of rice in the world with an annual production of 6 million tons on average, allowing it to supply approximately 30% of the world’s paddy rice output. Most of the production takes place in Sindh and Punjab, where millions of farmers depend on rice cultivation for a major chunk of their income and livelihood. Various varieties are produced and sold of which the most famous one is the Basmati rice. 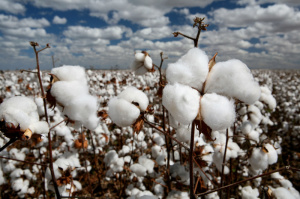 Fifth Largest Producer of Cotton
Cotton holds immense importance for the Pakistani economy as well since the country is the 5th largest producer of cotton, the 3rd largest exporter of raw cotton, the 4th largest consumer of cotton and the largest exporter of cotton yarn in the world. Out of the 5 million farmers in the country, 1.3 million of them indulge in the cultivation of cotton, covering approximately 15% of the cultivable land with cotton crop. It contributes around 10% to the country’s GDP and allows the country to earn 55% of its foreign exchange through its sales. Most of the cotton is used for domestic consumption for the production of final goods; the remaining cotton is either exported in its raw state or as yarn, cloth and garments as well. 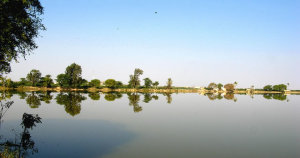 Asia’s Largest Bird Sanctuary
Asia’s largest bird sanctuary is located in the Haleji Lake which is situated in the Thatta District of Sindh. It was initially a small lake however, during the Second World War, the British Government of Sindh decided to expand its capacity through the introduction of a feeder canal from the Sindh River. Haleji was originally a salt water lake which was formed by seasonal water supplies being collected in a depression. During the war, the troops which were stationed at Karachi required more water hence the salt water was drained from the lake after which an embankment was constructed through which fresh water was received through a canal. As a result of this, Haleji has become one of the major sources of water supply to the population of Karachi as well as fresh water birds. 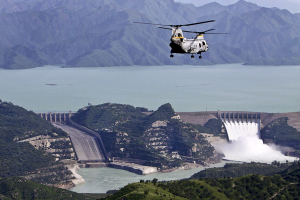 World’s Largest Earth Filled Dam
Located on the Indus River, the Tarbela Dam is the largest earth filled damn in the world and second largest in terms of its structural volume. The damn is approximately 485 feet high and is named after the town Tarbela which is located in the Haripur District of KPK, being completed in 1976 for the purpose of storing water from the River Indus for the purpose of irrigation, flood control and generations of hydroelectric power. 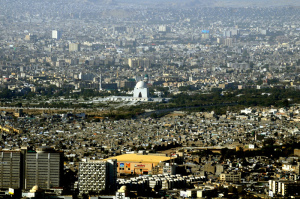 Second Most Populous Country in the World
The capital city of Sindh, Karachi, is the largest and most populous metropolitan city of the country, serving as its main port as well as financial center and renowned as being the 2nd most populous country in the world. The city is known for its night life and the fact that it never sleeps, hence is known as the City of Lights by many. The Karachi metro has an estimated population which exceeds 23.5 million people and has the 7th largest urban population in the world. It’s also known as being the largest Muslim city in the world. The city is also popular as the banking, trade, industrial and economic center of the country with diverse industries operating within it which range from advertising, fashion, software development, automotive, textiles, shipping and many others. It is the hub of higher education in both, the Muslim world as well as South Asia. 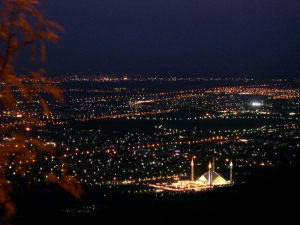 Second Most Beautiful Capital in the World
Islamabad is the capital city of Pakistan and is ranked as the second most beautiful capital city in the world, renowned for its décor and beauty in terms of the development projects which have been taking place over there. The city is known for its clean, cool and soothing environment despite being the most urbanized and broad based city in the country.