The breathtaking appearance of Mahira Khan at Cannes Film Festival this year has already dazzled the onlookers. The gorgeous actress has absolutely won the hearts of her fans. Mahira has shared some of her snaps on Instagram and it has left everyone crazy and definitely her looks will calm your nerves. 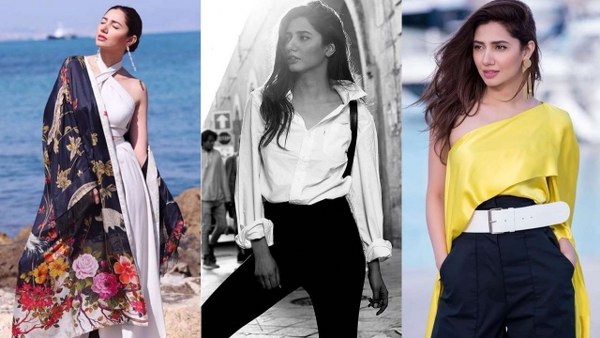 The Pakistani hailed actress has made her debut at Cannes red carpet this year and so far her glamour, charm and refreshing look has earned the big chunk of Cannes 2018 attraction. Dressed in black, Mahira Khan stepped on the carpet with a sober touch of makeup and red lips that complimented her entire look.

Mahira has always inspired her fans with her great fashion taste. She will be promoting the cosmetic giant as brand ambassador. At Cannes Film festival, the actress also took time to leisure and spends her time around town with series of photo shoots and interviews.

Mahira will be one of the latest Bollywood celebrities to walk the red carpet; she was last seen in Bollywood film ‘Raees’ with Shah Rukh Khan.

The mother of one has left her fans in awe, with her flawless pictures. Mahira Khan and Sonam Kapoor Ahuja met at Cannes as they both have made headlines waiting impatiently to meet each other.