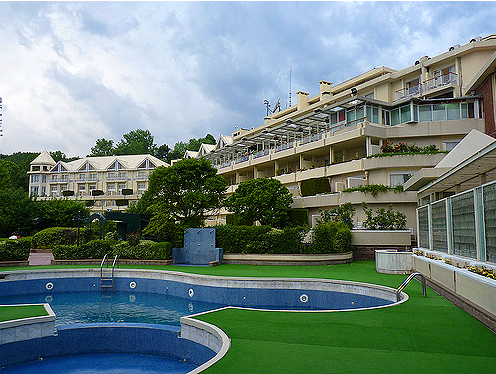 There are numerous hotels and places in Pakistan where you can spend your honeymoon but these are the 10 best hotels for honeymoon in Pakistan according to IBEX rankings; 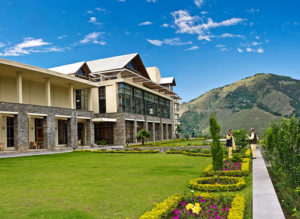 Being inaugurated in 2007, the Pearl Continental Hotel is situated in the stunning valley of Muzafarabad, which is known to be the land of beautiful plateaus and serene waterfalls. The hotel also happens to be located in the capital city of Muzafarabad, which is famous for the immense dwellings of political activities taking place over there. The point of intersection of the Rivers Jhelum and Neelum, known as ‘Domel’, adds an exhilarating view of the ‘Makra Peak’ which further accelerates the attraction which the Pearl Continental Hotel has. 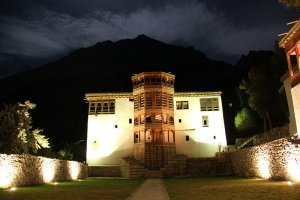 The Serena Khaplu Palace has been established on the grounds of the historical monuments, dating back to the 1840s, which have been restored in order to provide its guests the pleasure of experiencing a royal hotel stay of a 19th centurial Raja Palace, whilst enjoying the modern services and facilities of a luxury hotel.
Located in the upper side of Khaplu Town, the hotel offers an eye catching landscape with traditionally enhanced features which greatly attract the likes of researchers, explorers and adventurers who love exploring culture and nature, all of which is offered by this location.
Located in the renowned route of the junction of the three enormous glaciers at Concordia, The Khaplu Palace offers the supreme example of royalty in Baltistan, with its cultural and architectural heritage, possessing more resources than the Shigar Fort. 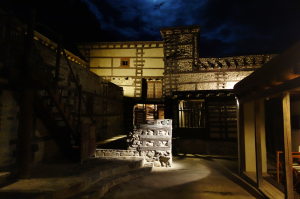 Located in Baltistan, Pakistan, the Serena Shigar Fort, known as Fong – Khar by the locals, which means ‘Palace on the Rock’ is a culturally defined guesthouse situated on the route which leads to the second highest mountain range of the world, K-2. It offers its guests the chance to explore the restored architecture from the 17th Century Raja Fort Palace whilst experiencing the modern services and comfort of a luxury guest house.
The Shigar Fort is based on a 400 year old palace along with two newly established buildings which are known as the ‘Old House’ and the ‘Garden House’. The Raja of Shigar’s earlier palace has also been converted into a cultural guesthouse hotel, which offers 20 rooms for rent. It features handpicked examples of antique products as well as fine wood cravings in the grand audience hall of the guest house which serves as a museum showcasing the Balti culture to its residents. 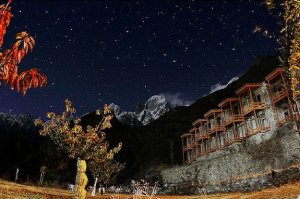 The Eagles Nest has grown to be a full service hotel which was originally established, in 1994, as a small camping site. The hotel now accommodates guests in accordance with everyone’s budgetary needs, offering hospitality and personalized service to everyone. The hotel is located in the Duikar Village and is easily accessible vantage point in the Hunza valley, allowing guests to view the spectacular beauty of the sunrise and sunsets on the surrounding peaks. 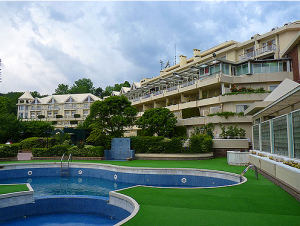 Located at a height of 2000 meters at the base of the Himalayas, the Pearl Continental Hotel in Bhurban offers a distinctive experience to its guests in uniting them with nature. The Kashmir valley, which is known by locals as ‘Heaven on Earth’ allows the hotel to attract multicultural crowds to all the splendor it has to offer which includes upscale adventure sports and scenic beauty, added with the luxuries offered by the hotel itself. 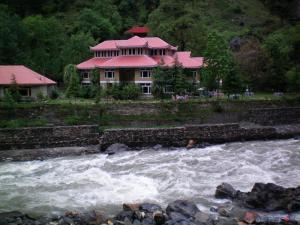 Established in the Kaghan Valley, surrounded by beautiful and ever green mountains, soothing pine forests and theatrical rock faces, the Arcadian Riverside is the only resort located in Khanian and is blessed to be surrounded by the most extravagant natural scenery which has remained unscathed despite its attraction of constant tourism. It allows guests to be able to relax and enjoy leisure activities at the same time since the hotel is set on the banks of the renowned Kunhar River.
Individuals who are enthusiastic towards adventure sports are allowed to bring their own gears and indulge in the different leisure activities being offered around the valley which include the arrangement of day long trips to the Saif-ul-Maluk Lake, Babusar Pass as well as the Naran Valley. 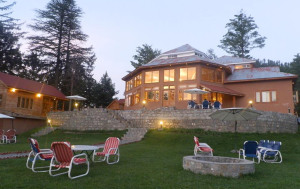 Offering a view into the breathtaking Kaghan Valley, from the height of 2,500 meters from the Shogran plateau in the Himalayas, the Arcadians Spruce wood Resort offers a universe away from the city, allowing guests to wake up to the breathtaking beauty of the Malika Parbar and Makkra peaks added with the view of the Siri and Pai meadows.
It presents options which vary from hiking up to the meadows to climbing the mountains of Makkra, riding through a Jeep Safari in the valley or mountain biking along with the simple option of relaxation in the terraced gardens of the resort. The resort prioritizes the happiness of its customers, hence indulging in the offering of hospitality, comfort and continental cuisines to match the diverse pallets of its guests, offering a getaway in a breathtaking location.

Hindukush heights is by far the best hotel in Chitral. Tatler, UK, in its travel guide 2010 ranks it among “the best 101 hotels in the world”. Footprint Pakistan Handbook 2nd Edition on page 399 writes “this hotel is in a class of its own….the loving care and attention which has gone into this place is evident the moment you walk in the door.”

Michael Palin in his book Himalaya writes, on page 28, “The Hindukush Heights hotel is set on the side of a hill with a fine view of the valley and Chitral town…. The emphasis is firmly on local design and craftsmanship …In the garden the heat smells of rosemary and jasmine.” Hindukush Heights has its own hydro electricity and the water into the hotel is gravity – fed from a mountain spring. A tastefully decorated dining room serves a variety of tasty dishes. Vegetables are supplied from the hotels own organic garden.
Dave Winter in Footprints 1st Edition of Northern Pakistan handbook, on page 129, writes: “for a truly memorable night out for your taste buds, treat yourself to a meal here. The food here ranks amongst the best in Pakistan”.

The Mastuj fort is the oldest of the many forts which were used both for military purposes as well as being the seat of government of the time.
The Mastuj fort was build more then 300 years ago, but due to frequent earthquakes in the area, it was rebuild a couple of times until in 1883 it took the shape of the present fort.
Before partition of the subcontinent it was the seat of the local Kushwaqt tribe which spread from northern Chitral to the territories of Ghizr and Yasin in Gilgit.
Not much is left of the old fort except its seven-feet thick walls of stone put together with wooden struts and plastered with mud. The six watch towers and the two dungeons have all fallen prey to a series of earthquakes. But in the old established gardens of the fort full of walnut, apricot and apple trees are gorgeous wooden chalets. Each one can sleep three and are serviced from a common reception and dining place. Potable spring water flows freely from the attched bathrooms with sunk-in tubs and hydro-electricity supplies the power which is managed by the local village community. The friendly and hospitable village folks add to making Mastuj Fort a perfect place for a family holiday away from it all.

Far from the madding crowd, the Walnut Heights is an exclusive resort, a Swiss type chalet offering complete privacy and homely atmosphere. Located 2Km away & 300 meters higher the Bazar (central market) & network of hotels.
The surroundings of walnut trees, pine forest, snow melt water fall, and a stream flowing next to the rooms adds to serenity of the place.
So follow the famous saying of “seeing is believing” and plan your trip by making advance reservations as we only have eight cozy & comfortable rooms each with a unique setup and view. Walnut Heights also provides facilities of trekking/hiking & overnight camping in the most fascinating & adventurous glaciated valleys, lush green meadows and lakes encircled by snow clad mountains unknown to the common tourists.
Those wishing to kick back and relax can read and recline on the lawn and the balcony facing the snowcapped peaks of Falaksair and Mankial range is equally enjoyable.
The evening can be spent by browsing through a collection of books & magazines or keeping yourself occupied with indoor games. Local musicians are also available to add festive touch to bonfire nights or barbeque evenings, organized on special request by guests.